People in Need is a non-governmental, non-profit organization based on the ideas of humanism, freedom, equality and solidarity. We consider human dignity and freedom to be the basic values. We believe that people anywhere in the world should have a right to make decisions about their lives and to share the rights expressed in the Universal Declaration of Human Rights.

The People in Need Organization was established in 1992 by a group of war and foreign correspondents who were no longer satisfied with just bringing back information to the Czech Republic. Instead, they began sending out aid. It gradually became established as a professional humanitarian organization striving to provide aid in troubled regions and support adherence to human rights around the world.

Within the twenty years of its existence People in Need has become one of the biggest non-profit organization in Central Europe. Apart from humanitarian aid and human rights, it started targeting the field of education as well as helping people living in social exclusion.

We strive for open, informed, engaged and responsible society that would be able to address problems at home as well as in the world. We want to actively participate in shaping a society where cultural, ethnic, racial and other differences are a source of enrichment rather than conflict.

We are an intrinsic part of the civil society. Our work is based not only on personal initiative and activity of hundreds of our employees and volunteers, both in the Czech Republic and in dozens of other countries, where we work, but also on trust and support we are endowed with by individuals, businesses, governments and international institutions.

The scope of our activities, particular areas and priorities are determined independently with respect to the level of urgency and to our real capacity to change something. It is not so important to have the work done everywhere, however it is essential for us to make a real difference. 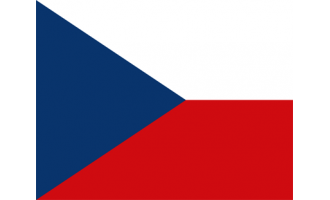 In a country in the midst of political turmoil, the news of mass surveillance generated little interest from the media or the public.