Human Rights Matter (HRM) was conceived in November 2013 in Berlin, Germany by enthusiastic human rights activists and lawyers, who sought to fight against violations of human rights and fundamental freedoms around the world by engaging activists and groups to act collectively.

The organization is based in Berlin, Germany. Our office is situated in Pangea-Haus, a center dedicated to peaceful intercultural interaction. Our members hail from three continents and speak a variety of languages, such as German, English, Spanish, Italian, Russian, Ukrainian and Tajik. They hold degrees in German law, European and international law, human rights and humanitarian law, public policy and international relations, to name a few.

What and how we do?

We are ready to help human rights defenders regardless of geographical location.

HRM represents the interests of victims of human rights violations in the armed forces through the preparation of complaints to UN special and treaty monitoring bodies, prepares alternative reports and lobby adoption of recommendations in intergovernmental organizations, prepares analysis of domestic draft laws and laws, develops analytical papers.

SAIHR’s team conducts informational meetings with asylum seekers, who have requested protection in Germany and have not been interviewed yet. During the meetings, asylum seeker will learn what rights they have during and after the interview with the federal agency (BAMF). SAIHR involves volunteers, who hold meetings in various languages. 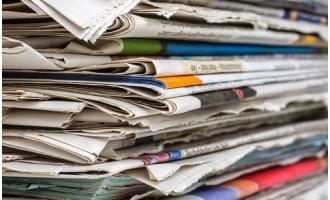 The NSA surveillance affair has been extensively covered in the German media. It has also sparked a battle of words.