The Italian Coalition for Civil Liberties (CILD) was founded in 2014, building on the idea that human rights and civil liberties are deeply connected, interdependent and inseparable.

Based on this premise, a large number of civil society organizations in Italy have decided to create a new national actor in this field. Those organizations are presenting themselves with one voice, speaking to institutions, media, and to the public opinion.

As the first Italian experiment in freedom contamination, the coalition aims at boosting efforts by intertwining the work on different thematic areas:

CILD supports and empowers civil society groups working on some of the most pressing human rights issues faced by the country today, through a combination of media capacity building strategic communication, advocacy and public education.

The organization is funded by Open Society Foundations and Oak Foundation. 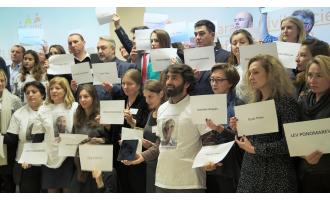 Statement by the Coordination Committee of the Civic Solidarity Platform