We, members of the Civic Solidarity Platform, are concerned about the recent legislative initiative to restrict NGO activity in Kyrgyzstan and appeal to members of parliament in this country to reject this draft law. We also call on the EU and other international community actors to speak out against any legal initiatives that impede the operation of NGOs in ways incompatible with international human rights standards and to encourage the authorities of Kyrgyzstan to support and cooperate with civil society in the continued reform process in the country.

In early September, members of Kyrgyzstan’s parliament Tursunbaem Bakir Uulu and Nurkamliem Madaliev put forward a draft law for public discussion that introduces amendments to a number of current laws regulating the activities of non-commercial organizations.  According to the draft law, non-commercial organizations that engage in “political activities” and receive financial support from foreign governments, international and foreign organizations or other foreign sources would be required to register as “foreign agents” and use this label in material they publish and distribute. Similarly to under the 2012 Russian law on “foreign agents,” which has served as inspiration and example for the draft law, the main purpose of this requirement appears to be to stigmatize and put into question the credibility of NGOs that carry out their work using foreign grants.

Major provisions of the draft law are also identical to those of the Russian law, which was adopted despite widespread criticism at the national and international levels. In the same way as the Russian law, the draft law introduced in Kyrgyzstan provides for an excessively broad definition of “political activities,” according to which non-commercial organizations may be deemed to engage in “political activities” if they participate (including through funding) in “organizing and conducting political actions that have the objective of influencing decision-making of public authorities and are aimed at changing public policies pursued by these authorities” or “in shaping public opinion for the same purposes”. The draft law states that activities in a number of specifically listed areas, such as science, culture, art, sports, and health and social protection, would not qualify as “political activities.” However, beyond this, it does not explain this key term.

Given the vagueness of the provisions of the draft law, basically any NGO actions implemented outside the areas listed could be construed as “political activities.” For example, NGO initiatives to promote debate on issues of public interest or to advocate for transparency and accountability of authorities could be deemed to fall within the scope of the law. Civil society organizations are concerned that the draft law, if adopted, could in particular be used against human rights NGOs and other NGOs that are inconvenient for those in power because of their scrutiny and criticism of the actions of authorities. This has been the case in Russia, where leading human rights groups are among those targeted by the “foreign agents” law.

The draft law also introduces new reporting obligations for NGOs, especially for those registered as “foreign agents” and grants authorities increased powers to exercise control over the activities of NGOs. According to the draft, the Ministry of Justice may request documents relating to the operation of NGOs; send representatives to attend events organized by NGOs; and review the compliance of NGOs with their own statutes, including with respect to the use of funds. Unscheduled inspections may be carried out to check the activities of NGOs registered as “foreign agents,” e.g. on the basis of unspecified information indicating that such groups have acted in violation of the law.

As regards sanctions, the draft law grants the Ministry of Justice powers to issue written warnings to NGOs found to act in violation of their statutes or national law, as well asto suspend the activities of NGOs that have failed to register as “foreign agents” for up to six months without a court decision. Representations of foreign NGOs in the country may be de-registered by the ministry if they do not provide required information in time or act contrary to their stated objectives. The draft law also foresees criminal liability for establishing, leading and participating in a non-commercial organization whose activities entails “impelling citizens to refuse to fulfill their civic obligations or to commit other unlawful acts.” The penalties for these vaguely worded offenses would include large fines or imprisonment for up to three years.

In Russia, enforcement of the “foreign agents” law adopted in July 2012 has had a seriously chilling impact on civil society and has served to reinforce negative attitudes against NGOs. Hundreds of NGOs across the country have been subjected to inspections and dozens of groups and their leaders have faced warnings and legal charges for refusing to register as “foreign agents.” It is particularly disturbing that a similar draft law now has been initiated in Kyrgyzstan, a country that unlike other countries in the region has seen the development of a vibrant civil society in the years since independence with NGOs playing an important and visible role in the implementation of reforms, human rights defense and other areas. It would be most unfortunate if the authorities of the country at this time would embark on a course of repression of civil society, instead of continuing cooperation with NGOs for the purpose of promoting further development and progress in the country.

The proposed regulation of NGOs in Kyrgyzstan would infringe and unnecessarily and disproportionately restrict the right to freedom of association and assembly, the right to freedom of expression and other fundamental rights guaranteed by the International Covenant of Civil and Political Rights and OSCE human dimension standards. The authorities of Kyrgyzstan are obliged to respect these rights and ensure that national legislation is in compliance with the established international standards.

On behalf of the Civic Solidarity Platform, our organizations call on the members of Kyrgyzstan’s parliament to refrain from adopting the draft law on non-commercial organizations now subject to public debate and to ensure that any legal amendments affecting NGOs that are adopted in the country fully correspond to Kyrgyzstan’s international human rights obligations. The EU and other international actors should communicate concern about this draft legislation to their counterparts in Kyrgyzstan, making clear that a law of this nature would undermine internationally protected rights, represent a serious setback to democratization, and establish a dangerous precedent for other countries in Central Asia. They should also continue to use all available avenues to support local civil society as they develop and deepen relations with Kyrgyzstan and provide assistance in the implementation of the country’s reform agenda.

Kazakhstan International Bureau for Human Rights and Rule of Law

On the International Women’s Day on March 8, demonstrators rallying against gender-based violence in the capital city of Kyrgyzstan, Bishkek, were assaulted by a group of masked men. Following the assault, authorities detained dozens of the women who were demonstrating; while none of the attackers have been detained. 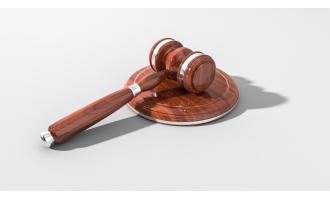 Kyrgyzstan: The Supreme Court overturns the decision of the lower court designating Reports of Bir Duino and ADC “Memorial” as “Extremist”

This press-release has been published by FIDH. You can access the original article here.