ARTICLE 19 welcomes yesterdays’ court decision to sentence four men to lengthy prison sentences for attacking Kazakh journalist Lukpan Akhmediyarov with a knife and shotgun in April 2012. However, despite having established that the attack was ordered, police did not identify the mastermind behind the attack and the authorities failed to recognise that this was not an ordinary crime, but a crime against free expression.

“It is of great importance that those people identified by Akhmediyarov as his attackers have been brought to justice. However, with the mastermind of the attack still at large, the authorities should not rest but should continue the investigation, recognising that this attack is a crime against free expression,” said Dr Agnes Callamard, ARTICLE 19 Executive Director.

“This was not only an attack on Akhmediyarov, but also on freedom of expression itself and on the right of everyone to seek and receive information and ideas. Impunity for the masterminds of such attacks undoubtedly has a chilling effect on the free flow of information and ideas across society,’ she added.

“The role of the international community in solving the case of Akhmedyarov has been significant,” said Ganna Krasilnikova, Legal Officer for the Kazakh freedom of expression organisation, Adil Soz.

“However many other cases still remain unresolved. Physical attacks on journalists are an everyday reality in Kazakhstan. Each of these cases should be controlled by the prosecutor’s office, while the outcomes of investigations should be presented to the public. What is important now in the case of Lukpan is that the law enforcement bodies continue investigating the case,” Ganna added.

Akhmediyarov told Radio Azattyk on 11 July that he will not be satisfied that justice has been carried out until the mastermind is found.

Akhmediyarov was attacked by a group of four men on the night of April 19-20, 2012 near his house in Uralsk. During the assault, he was stabbed eight times with a knife in the area of his heart and shot twice by an automatic gun.

The court proceedings established a mastermind who ordered the attack, but their identity remains unknown. One of the four convicted, Askhat Takhambetov, organised the attack for a payment of USD 10,000 each.  On 10 July Askhat Takhambetov, Murasalim Sultangereyev, Manarbek Akbulatov and Almaz Batyrkhanov, were found guilty by the Interdistrict court of the West Kazakhstani region, of attempted murder and received sentences ranging from 11 to 15 years imprisonment. 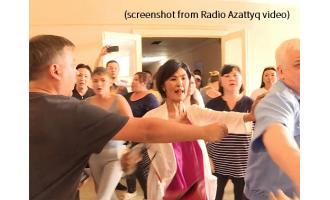 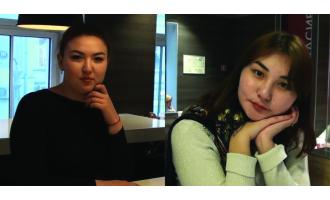 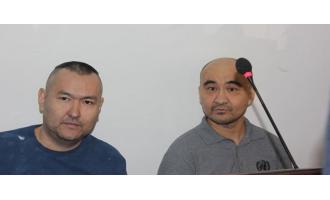 We, members of the Civic Solidarity Platform (CSP), condemn the prison sentences handed down against Kazakhstani civil society activists Max Bokayev and Talgat Ayan in retaliation for their participation in peaceful land reform protests.