International Federation for Human Rights (FIDH) and its Belarusian member organization, Human Rights Center Viasna, are outraged at the large-scale and systematic acts of repression being inflicted upon both political prisoners and individuals whose freedom has been restricted for political reasons. It hereby releases a document detailing this repression and calls upon the regime to cease its oppressive behavior.

Belarusian Deputy Prosecutor General Aliaksei Stuk stated at a press conference on 14 February 2013 that the detention conditions of those identified by us as political prisoners in Belarusian prisons and penal colonies are the same as for any other prisoner. This statement is starkly contradicted by evidence obtained by our organizations.

The 11 individuals identified by us as political prisoners suffer regular punishments that sharply exacerbate the already difficult conditions of their detention by restricting their means of support and the quality of their food and medical assistance. Deprived of meetings with relatives, and subjected to limits on correspondence and constant pressure to receive petitions for pardon, these prisoners’ psychological ordeals compound their physical hardships, qualifying their detention conditions as inhuman and degrading treatment – prohibited under articles 7 and 10 of the International Covenant on Civil and Political Rights and article 16 of the Convention against Torture and Other Cruel, Inhuman or Degrading Treatment or Punishment. On the other hand, limited access to lawyers, with the meetings most often taking place in the presence of guards, doesn’t permit to transmit the information on the harassments in a secure way.

As well as these 11 political prisoners, a number of unimprisoned Belarusian citizens are currently subject to severe restrictions imposed following prosecution in politically motivated criminal cases. At the time of writing, 40 individuals are subject to such restrictions.

The convictions of 25 political prisoners pardoned or released early in 2011 to 2012 have not been expunged. This deprives them of numerous civil and political rights, including the right to run in elections or work as a government employee. Their names remain on “preventive watch” lists maintained by internal affairs agencies, making them vulnerable to regular police visits. If brought in on administrative charges three times in one year, they face “preventative supervision”. Such supervision carries more serious restrictions and makes repeated criminal prosecution and deprivation of freedom possible.

In 2012 three persons were placed under preventative supervision by internal affairs agencies on the basis of administrative penalties imposed by courts in connection with their social activism. These mean that they must stay at home during nighttime hours, are unable to leave their hometowns without permission from the authorities, and are subject to a numerous bans that severely restrict their freedom, including on visiting public places, etc. Violating these regulations can entail repeat criminal prosecution and deprivation of freedom, as illustrated by the case of Vasil Parfiankou, who was sentenced to six months detention in 2012 for violating the terms of his preventative supervision and Pavel Vinahradau sentenced to seven days in detention on 28 February 2013.

FIDH and Viasna hereby present an executive summary graphically demonstrating the systematic repression directed at individuals who are serving or have already served sentences for their political or human rights activities. This document was submitted to the UN Special Rapporteur on Belarus, Miklós Haraszti, and the European Commissioner for Enlargement and European Neighborhood Policy, Štefan Füle, as well as to corresponding UN and OSCE agencies, and other international human rights protection mechanisms.

“After the repressive crackdown following the presidential elections of 19 December 2010, it stopped being enough for the Belarusian authorities to simply send a person to prison for his or her political or civil activities. Instead, they started feeling the need to trample and degrade people. To achieve this they will stoop to any level by applying pressure techniques ranging from disciplinary punishments and restrictions to organised provocations by other prisoners,” stated Valiantsin Stefanovich, Viasna Deputy President.

“The materials collected present indisputable proof that the regime, which hands down strict punishments for robust displays of dissent, has not only failed to change its policy, but doesn’t find it sufficient,” said Souhayr Belhassen, FIDH President. “People who have been deprived of their freedom continue to be targets of persecution, and those who have been released remain hostage to the authorities, risking being put back behind barbed wire at any minute. The authorities seek to use the lives and freedom of activists for political bargaining and to prevent these activists from returning to a normal life in the event that they are released,” she continued. 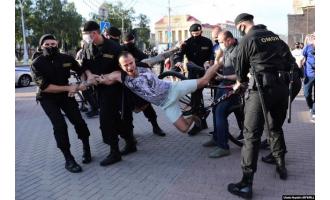 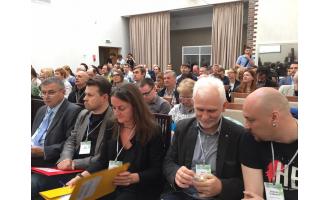 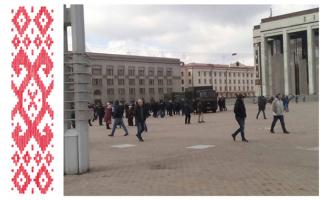