The presidential election in Belarus is scheduled for 9 August 2020. From the very beginning, the election campaign has been held in an atmosphere of fear, constant threats and intimidation. There have been detentions and arrests of members of nomination initiative groups and ordinary voters who participate in peaceful pickets to collect signatures. The deadline for collection of signatures to nominate candidate has now passed, but the situation is developing rapidly and the number of human rights violations during the election campaign is growing every day.

This unprecedented situation should lead to an enhanced program of international monitoring of developments in the country and of interaction with the Belarussian government. A peaceful, fair and free election campaign and election day are crucial for guaranteeing comprehensive security for Belarus and its citizens. In this situation, the OSCE should play a major role representing the international community, in view of its mandate in the field of democracy and human rights protection.

It should also be noted that the election is being held amid the COVID-19 pandemic. The Belarusian government has not been following the WHO recommendations and has not officially introduced any state-wide measures introducing physical distancing which will be particularly relevant during the election day itself.

According to the Human Rights Center “Viasna”, between 6 May and 21 June 2020, hundreds of people were detained and sentenced to administrative arrests or were fined on administrative charges used for political persecution. Citizens continue to be charged and tried for participating in peaceful assemblies and expressing opinions. Several activists have been sentenced to a number of consecutive terms of detention for participating in street protests (for example, opposition politicians Pavel Seviarynets (total of 90 days) and n Mikalai Statkevich (30 days). The conditions of serving the sentences in the Minsk Center for the Confinement of Offenders, where most of the detainees are held, amount to torture and cruel, inhuman and degrading treatment.

The pressure on presidential candidates is particularly extraordinary. On 29 May 2020, Siarhei Tsikhanouski, head of his wife Sviatlana Tsikhanouskaya’s nomination group and popular blogger, and at least 15 other people were detained during an election picket in Hrodna. On 8 June 2020, seven people were charged with organizing group actions that grossly violated public order and were related to blatant disobedience to the lawful demands of the authorities, and active participation in such actions. All those arrested were placed in custody before the trial.

On 11 June 2020, financial police raided the head office of Belgazprombank, whose former CEO Viktar Babaryka is running for president. Some twenty of Babaryka’s friends and former employees, as well as members of his nomination group were arrested and their homes were searched. On 18 June 2020, Babaryka and his son Eduard, who leads his presidential campaign, were detained while submitting signatures and taken for questioning to the Financial Investigations Department of the State Control Committee. In the evening of 18 June 2020, both were placed in the KGB pre-trial prison. Their lawyers could not access their clients during the entire day. Two more members of Babaryka’s nomination group were also arrested.

The arrests of presidential candidates and members of their nomination groups caused a new wave of civil protests. The protests were brutally dispersed despite their peaceful character. The riot police forcefully rounded up and beat protesters. Law enforcement representatives detained at least ten media workers, including from Radio Svaboda (part of RFE/RL), Reuters, Euroradio.fm, Tut.by, Onliner.by, Belsat TV and Bobr.by, in the capital Minsk and the cities of Homiel and Babruisk. The journalists were detained while covering public gatherings on the last day of collecting signatures in support of the nomination of presidential candidates.

The Belarusian authorities must respect fundamental freedoms and human rights, in line with Belarus’ international commitments. They must refrain from any restrictions of the rights of potential candidates, respect the freedom of expression, avoid any detentions of peaceful protesters, and immediately release all arbitrarily detained activists.

We call the authorities of Belarus to:

·       stop the unprecedented repression of the opposition and release Viktar Babaryka and Siarhei Tsikhanouski, the arrested election campaign activists, opposition politicians Pavel Seviarynets, Mikalai Statkevich, and those who participated in peaceful protests;

·       provide all presidential nominees with the opportunity to participate freely in free and democratic elections based on the principles of equal and competitive political struggle;

·       abstain from interfering with the activities of human rights defenders for the protection of human rights and independent journalists, which are declared in the UN and OSCE documents;

·       release all political prisoners and end the persecution of activists, journalists, and bloggers;

·       ensure the full implementation of fundamental human rights and freedoms enshrined in the Constitution, the International Covenant on Civil and Political Rights, the OSCE instruments, including the right to freedom of expression, the right to peaceful assembly, the right to be elected in free elections, and the right not to be arbitrarily detained;

·      officially invite the OSCE/ODIHR mission to monitor the elections as soon as possible.

We call on OSCE participating States to:

·       closely monitor the situation of human rights during the presidential election in Belarus, and use all means at their disposal to stimulate the compliance by Belarus with its human rights obligations and OSCE commitments;

·       demand maximum employment of OSCE processes and increase the presence of OSCE and other related mechanisms to deal with the situation in Belarus, including by maximizing the duration and intensity of election monitoring, in particular, by the OSCE/ODIHR long-term monitoring mission.

More information about the 2020 presidential election campaign in Belarus can be found at the website of the campaign "Human Rights Defenders for Free Elections" carried out by the Human Rights Center "Viasna" and the Belarusian Helsinki Committee. 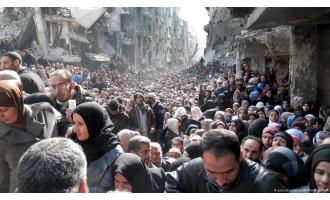 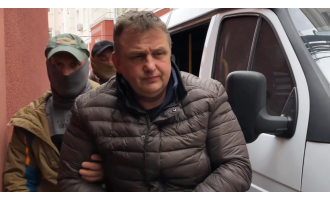 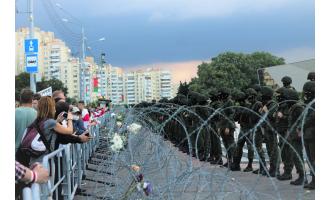 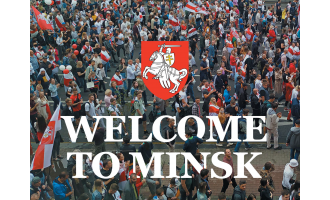 Violations of the Rights of Creative Professionals, Activists and Artists During the Post-Election Crackdown in Belarus

VIOLATIONS OF THE RIGHTS OF CREATIVE PROFESSIONALS, ACTIVISTS AND ARTISTS DURING THE POST-ELECTION CRACKDOWN IN BELARUS