The Civic Solidarity Platform condemns the attempt on the life of prominent Azerbaijani human rights activist, Ogtay Gulaliyev, and calls on the OSCE, Council of Europe, UN and their member states to conduct an international investigation and demand that the Azerbaijani authorities find and punish those responsible for this attempt on the persistent critic.

Oktay Gulaliyev was deliberately run over by a car in the capital city of Azerbaijan, Baku, during daytime on October 29, 2019, while regularly crossing a traffic light regulated crosswalk. As a result of the collision, the human rights defender received serious head injuries. Gulaliyev, who was taken to the hospital and was conscious for the first 4 hours after the accident, was held hostage by the state medical system. The human rights activist was waiting for the doctors’ help, who deliberately did nothing despite his condition worsening by the hour. Doctors, essentially, didn’t do anything following the first 4 hours either. The Azerbaijani neurosurgeon intentionally performed the necessary surgical intervention only 18 hours after the human rights activist was run over, so that irreversible processes occur in the injured brain that, if Gulaliyev, who is still in a coma, survives, will cause full or partial physical disability.

Following the public outcry, at home and abroad, caused by the attempt on the life of the human rights activist, the Azerbaijani authorities allocated a special plane which transported Gulaliyev to one of the best clinics in Istanbul, where highly qualified doctors operated on him again.

According to Turkish doctors, if appropriate medical care were given in the first 4 hours after the accident, the human rights activist’s life would not be in the danger it is now. A basic neurosurgical procedure would have eliminated the extensive brain hemorrhage that progressed for 18 hours and led to Gulaliyev falling into a coma.

A group of representatives of the independent civil society of Azerbaijan carried out an initial investigation during the month following the tragedy, which finally indicates that the car collision was not a tragic accident, it was staged to look like one.

Just during the year of 2019, Gulaliyev was summoned 8 times by various law enforcement agencies, he was then illegally interrogated, subjected to psychological pressure and demanded to stop his human rights activities exposing torture and protecting political prisoners. For his human rights activities, Gulaliyev was arrested in 2012 and he spent several months in prison. After a local and international campaign in his defense, he was released, however, the authorities put him under a travel ban that had been in effect until 2018.

A month before the assassination attempt, senior law enforcement officials called Gulaliyev for another preventive and intimidating conversations where the authorities openly told him that they would not put him in jail again, but that he could become the victim of an accident with a possible fatal outcome or one resulting in complete loss of mental and/or physical capacity.

Gulaliyev himself has repeatedly spoken about these threats to his colleagues, human rights activists and journalists.

The Civic Solidarity Platform believes that the human rights activist became a victim because of his principled position on documenting the torture of dozens of detainees arrested during mass protests in the Ganja city, in July 2018.

A month after the murder attempt of Ogtay Gulaliyev, the Azerbaijani authorities, in their usual manner, disbarred the prominent lawyer, Shahla Humbatova, specializing in the protection of victims of torture, political prisoners and prisoners of conscience. The authorities’ goal was to prevent her from protecting the victims of the political repression in Azerbaijan.

The Civic Solidarity Platform calls on the authorities of Azerbaijan and the OSCE member states to make every possible effort in order to provide the necessary medical care, necessary to save the life of human rights activist, Ogtay Gulaliyev.

The Civic Solidarity Platform, in anticipation of the 26th OSCE Ministerial Council, urges the member states to give a principled assessment of the latest attacks on the critics of Azerbaijan, which will undoubtedly aggravate against the backdrop of impending municipal and parliamentary elections that will be held in the next 3 months.

Center for Development of Democracy and Human Rights, Russia

Union “Women of the Don”, Russia

Center for Participation and Development, Georgia

Kazakhstan International Bureau for Human Rights and the Rule of Law 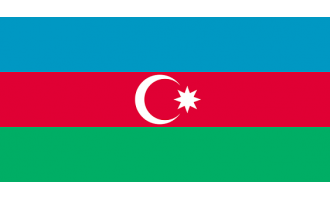