As a result of the national campaign against extremists, the legal entity of Jehovah’s Witnesses was banned in the Russian Federation in 2017 and about 400 local religious organisations over the country were liquidated in accordance with the Supreme Court decision. It immediately placed a lot of believers in danger of criminal prosecution for their faith. The Witnesses continue to practise their religion and, as a result, the places of their meetings are searched and the attendees are arrested. As of January 2019, 25 Witnesses are placed in the pre-trial detention, 9 are placed under house arrest and 31 persons are not entitled to leave the residence place. There are also 2 foreign citizens in detention.

The statement calls particular attention to the following cases of pre-trial detention and criminal investigations. Andrzej Onishchuk, a 50-year-old citizen of Poland, was arrested on October 9, 2018 in Kirov during the police raid of 15 Witnesses’ houses. The criminal case is at the level of the pre-trial investigation.

Dennis Christensen, a 45-year-old Danish citizen, was arrested on May 25, 2017 in Oryol. The criminal case is being heard in court and the verdict is expected in the beginning of 2019.

After Russia outlawed the Jehovah’s Witnesses, the number of acts of intolerance, violence and discrimination based on religion or belief are increasingly perpetrated towards the members of the community. The private property is armed searched, the meetings for worship are regularly interrupted by the OMON forces and FSB agents. The state carries censorship of the religious literature. The Witnesses are often denied the right to the alternative civil service instead of mandatory military service. The individuals practising their faith are severally persecuted and regularly face different obstacles at the workplace resulting in the forced dismissal or unwilled resign. The authorities are engaged in appropriating property and land belonging to Jehovah’s Witness communities.

The right to freedom of religion or belief is enshrined in numerous international and regional human rights treaties. The Universal Declaration of Human Rights, the International Covenant on Civil and Political Rights, the European Convention on Human Rights and other legal instruments create a framework of acceptable actions and due obligations that the state-members are to commit in order to guarantee the realisation of the human right. Article 28 of the Constitution of the Russian Federation clearly defends freedom of conscience and religion. Nevertheless, the Russian authorities breach their duties enshrined in the national as well as international provisions.

Acknowledging that everyone is free in their thought, conscience and religion,

Recognizing the freedom to change his or her religion or belief and freedom, either alone or in community with others and in public or private, to manifest the religion or belief, in worship, teaching practice and observance,

Reaffirming the significance of obeying the commitments rooting from the international human rights treaties where the Russian Federation is the state-member as well as the national legislation concerning the right of freedom of religion or belief,

We urge the governmental authorities in Russia:

We also ask the international organizations and governments of the democratic states:

Signed by the following organisations: 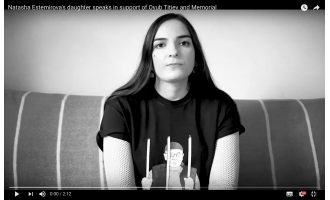