2008. Georgia. War. A Russian checkpoint. The officer asked me  and my colleague what country we were from. I answered his question.

- Oh, last year I vacationed in your Crimea.

- Not bad.  But once we sat down on the bench and some guy jumped out from somewhere and started to shout at us.

I thought about this. Why did the Russian say that in  Crimea, where there was a very strong pro-Russian mood, they did not like Russians? I made a conclusion: Russian propaganda  has implanted in his head  an idea that all Ukrainians do not like Russians. That is why he repeated it. He was not interested in understanding the situation in detail.

I remember a report on Russian television, which among others related a story about three workers   from Western Ukraine who beat up a Russian navy officer in Sevastopol.  The author of the report, without any evidence, stated that those three guys were radical nationalists and  that is why they attacked that Russian. The simple version, that they were probably just hooligans and the conflict was an ordinary kind, was  not voiced by him. If they are from Western Ukraine it means that they are nationalists and that is it. The Russian propagandist on TV used an existing stereotype for establishing a negative image of Ukraine in Russians' eyes.

Russian propaganda had started much earlier than the annexation of Crimea. Soon after the Orange Revolution I got my hands on a book by the Russian political analyst Elena Afanasieva “The State or the Revolution”. The foreword for the book had been  written by, at that time, a political analyst and now a member of the Russian parliament, a strong Putin supporter, Sergei Markov. Afanasieva stated in her book that the disintegration of Ukraine had taken place, which is beneficial for Russia, that is why the process of disintegration should be supported. The author advised her government to come to Ukraine on tanks, she was certain that they would be met by the population with flowers.

In that time I, being naive, just laughed at this book. I had written a pamphlet about it. Now I understand that it was the mood of the Russian elite, a big portion of which supported these attitudes, in particular, through propaganda.

Russian propaganda has many layers. It uses outright lies as was the case with, for example,  a boy in Sloviansk who was allegedly crucified by Ukrainian militants after the retreat from  the town by Girkin and his troops. The next day after its liberation I was in that town and heard nothing of the sort. Meanwhile, such an event should have provoked a big hulabaloo. But  there is a large stratum of Russian society which accepts such an outright lie at face value.

Then there are half truths. I experienced this personally. I had given a speech on World Press Freedom Day in Helsinki. I spoke about what was being created by the huge Russian propaganda machine. There was a Russian TV channel Zvezda correspondent  there who made a report in which he said that I lied about the war being started by Russia and about the Russian propaganda machine. He also dug out my poetry which had been written in about 2000 in the genre of black humor. He criticized me in that I had written, according to him, a boorish poem about Russians. He wrote a piece of truth and the rest was a lie. It looked truthful to people who had no other information. My image of an aggressive Ukrainian who hates all Russians was established.

History plays very important role in Russian propaganda. It creates a mythology about the Russian empire and about the Soviet Union as peaceful countries which had never attacked other nations, they just defended themselves. Those people who believe in such a mythology view the Russian annexation of the Crimea and the attack on the Donbas as a triumph of justice.

Ukraine could be criticized for propaganda also. In particular, there in Donbas they preached the idea of the regional superiority. I would call it regional Nazism. A big part of the regional population agreed with the idea that they feed the rest of Ukraine, especially the Western part of it. They believed that Ukraine without the Donbas was nothing. That mythology worked towards the country splitting up.

The difference between Russia and Ukraine is that Ukrainian propaganda was directed inside the country, its goal was the mobilization of the electorate of certain political forces. Russian propaganda, apart from internal addressees, was addressed to other countries. Its task was to keep the people of those countries under the Kremlin control.

I thank that overall a universal proposal for countering propaganda should be invented, with special measures against Russian propaganda. Because this is the most dangerous for Europe and the World. In fact, it is used as a tool of the Kremlin's aggressive politics.

Its worth diversifying ways of working into strategical and tactical directions. The strategic direction must be the demythologization of Russian history, the refutation of the myth that the Russian empire was very peaceful. But how to do this? Probably, such a job must be done by centers of Russian and Slavic studies.

Perhaps it is worth remembering the experience of the Cold war. In that time Radio Liberty and the Voice of America played a great role in the de-communization of Soviet people's brains. Today these two media continue to exist. But given the current scale of Russian propaganda they are not enough. There is a need to enlarge counteraction and in particular to establish the necessary television-based response.

The tactical direction lies in exposing of Russian lies by people, like the journalists' initiative "Stop Fake." There is a need for the coordination of activity and a constant dialog among intellectuals from different countries in discussing the current situation and the creation of recipes of resistance.

On the one hand, international institutions condemn propaganda, on other hand, they protest against the restriction of Russian propaganda channels. Perhaps it is necessary to work on criteria that would allow separating propagandistic alleged media from real proper media. Propagandistic media must be restricted to influence the auditory.

It is clear that the proposed measures are not comprehensive enough. Also it is clear that the problem does not have a simple solution. It will not be successful It is not easy to overcome Russain propaganda Only a package of persistent measures will allow us to effectively counter the lies which flow from different Russian sources. 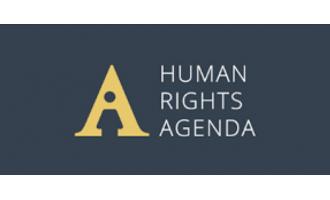 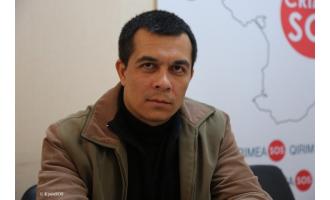